1944 was a brandnew radio communication station build from a Marconi setup, in replacement of the former station "VPO" - which was originally an old morse-code station. However five years later (1949), a new callsign was allocated for this Barbados-Station and VPO became ZNX. Then, at the time of independence in 1966, another callsign was allocated for this station and ZNX became 8PO.

The first radio service in Barbados was installed 1935 and it was a cable radio system with main programes of the BBC London and from Canada. This cable radio exists until November 1997, what means longer than 6 decades.

Mediumwave broadcasting was introduced on December 15, 1963 with the inauguration of the government owned Radio Barbados, with 10 kW on the frequency 785 kHz. The station announcement during this era started: "This is Radio Barbados, the Voice of the Eastern Caribbean, 785 on your radio dial". Later was the frequency changed to 900 khz and into a new ID "CBC Radio" (Caribbean Broadcasting Corporation).

A second mediumwave station began service in Barbados on May 1, 1981 under the slogan "Voice of Barbados". This station -also at 10 kW- took over the government station, and it was operated on 790 kHz.-- The FM-era started 1971 and today are over a dozen of FM-stations active. 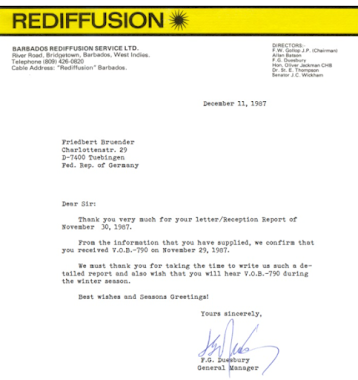 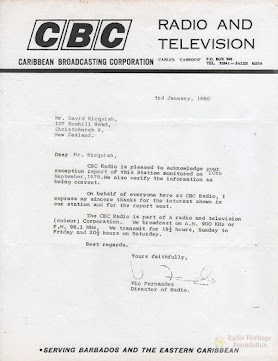 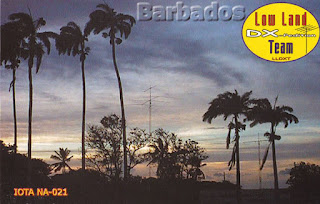